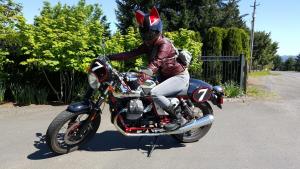 Cassie on her motorcycle 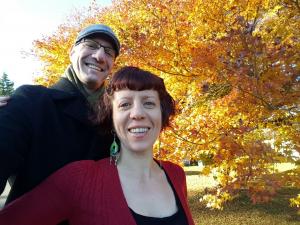 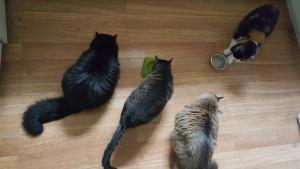 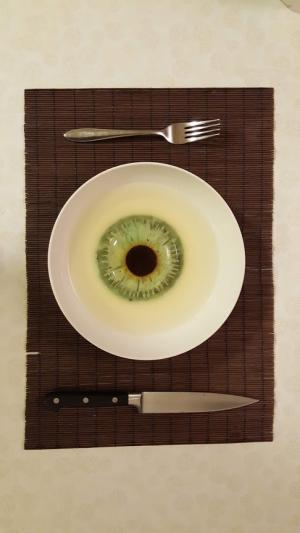 A Jell-o creation by Cassie

Cassie Franks is “creativity and efficiency all rolled into one”

If you need a detective to dredge up reports from NASA from the 1960s, someone to go motorcycling with, or a buddy who can teach you how to build a Tiki patio structure, we’ve got a recommendation for you … and it’s one person.

To say that Cassie Franks has wide-ranging interests is an understatement, as you’ll discover in even a short conversation with her.

Franks (“like multiple hot dogs”), a senior library assistant with WCCLS, tracks down patrons’ requests like a bloodhound – and loves every minute of it. “It’s super fun and rewarding to dig and dig and dig – particularly when patrons are looking for something that was created before the digital era.”

Her success comes from having built relationships with specialty libraries and other institutions over the years, and in getting them to agree to loan their materials. “I never give up on a request until I’ve exhausted every possible alternative,” she says. “But there’s a difference between what libraries have and what they can or will loan.”

Cassie also helps with circulation, which includes monitoring hold requests to minimize wait times for popular books – called “sizzlers” in the library world. “We order extra copies of those books so patrons can get them quicker. Once they’re no longer as popular, they’re ‘fizzlers’ and we donate the extra copies to shelters or other places in need.”

Franks didn’t start her career in libraries, although she was an avid patron throughout her childhood in Springdale, AR. “My mother would put me on the back of her bike and my dog would run alongside us all the way to the library,” she recalls.

Despite her early love of libraries, she never considered libraries a career and worked in a variety of jobs after college. “Then I got an interlibrary loan job with my local library in Fayetteville (ironically, also Washington County) and … it was amazing. It’s creativity and efficiency all rolled into one.”

She worked in libraries in Tigard and Clackamas County after moving to Oregon in 1998 and accepted her interlibrary loan position at WCCLS in 2002.

When she’s not ferreting out obscure materials for patrons, Cassie enjoys her garden (the Tiki patio structure is a recent addition); wine tasting, board games and art. She concocts Jello creations, which she shares on the “Show Me Your Aspics” Facebook page.

Franks and her husband Brad are self-described “crazy cat parents” to River, Heidi, Kingsley and Jacques, and delight in creating colorful personas for them. “Kingsley is a blacksmith and drinks whisky,” she says.

She’s also a motorcycle enthusiast, and cruises on her Moto Guzzi V7 Racer with like-minded buddies. Questioned about the safety of motorcycles, she responds, “A bike is like a chainsaw. If used conscientiously … it’s a good tool.”

Oh, and she used to sing in a ska band. Don’t say you weren’t warned about the diversity of her hobbies.

Have a tough document to find? A puzzling request? A hard-to-find resource? We’ve got just the person for the job.