The World’s Biggest Board Game Collection

The World’s Biggest Board Game Collection

WCCLS is home to more than 2,000 board games, making it the largest circulating board game collection among any public library system. Get ready for game night!
Thursday, October 28, 2021 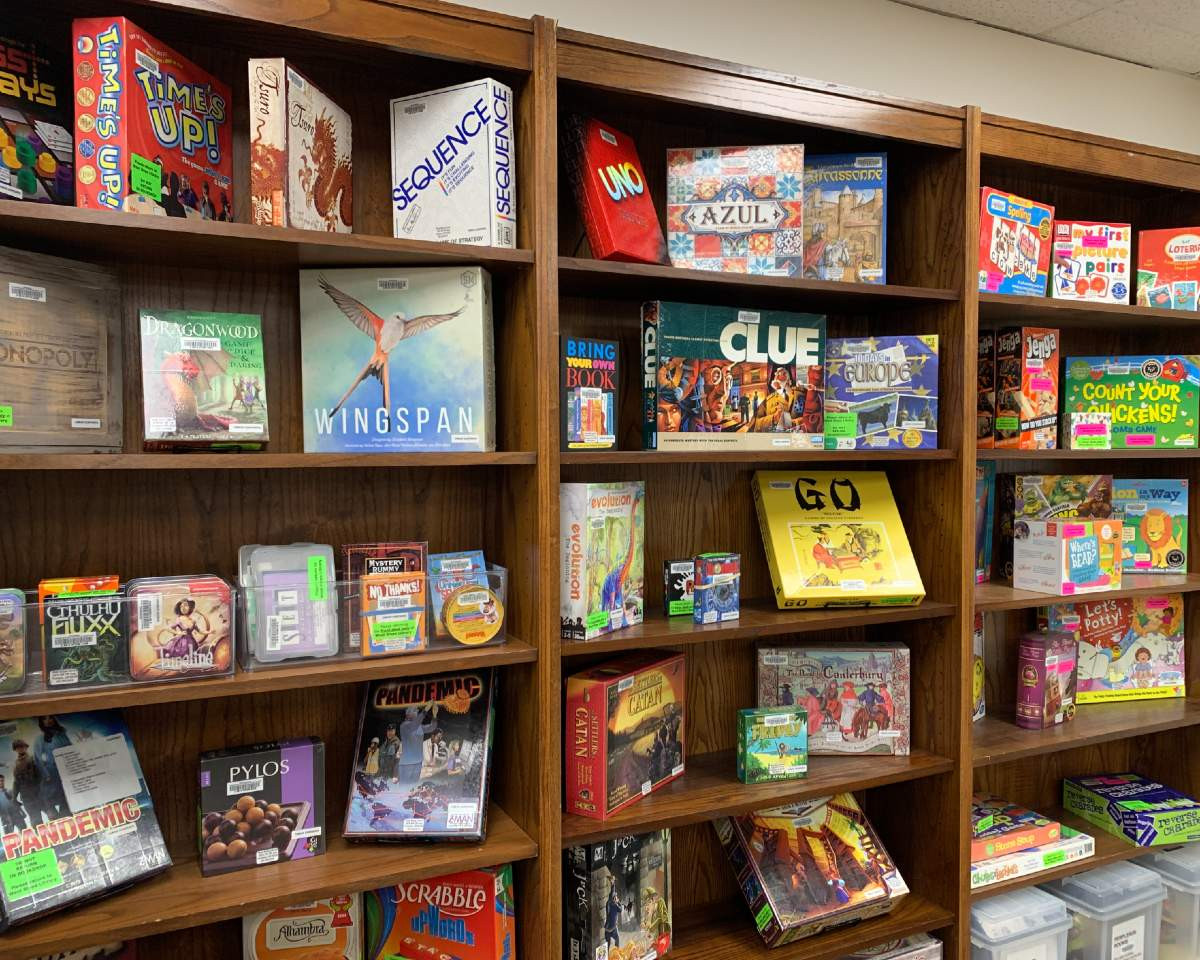 We were the first public library system in Oregon to lend board games in 2013. What started as a modest collection of a couple dozen games at West Slope Community Library has grown to more than 2,000 games across all Washington County libraries. WCCLS owns the largest circulating board game collection among any public library system in the U.S. – arguably the world.*

Public libraries are perfectly situated to offer board games, says PJ Bentley, collections and courier supervisor at WCCLS, who purchased the initial batch of games with a couple hundred dollars from the Friends of West Slope Community Library. At the time, in his former role at West Slope Community Library, he was looking for engaging opportunities for patrons that were less passive than, say, watching a movie or listening to music. “We didn’t lend things that brought people together and had them interacting,” says Bentley.

As an added draw for young patrons, board games foster literacy and teach valuable skills like how to take turns and how to respectfully win or lose, says Bentley.

The public library gives patrons the chance to test drive a game before investing in an expensive purchase. Paperbacks and streaming subscriptions, by comparison, cost significantly less than many popular games. People can take risks on cheaper media, says Bentley. “Board games are not like that,” he adds. “You can spend $60 on something and hate it or never get the chance to play it.”

In addition to creating a better-informed consumer, WCCLS is also fostering board game enthusiasts, says Brendan Lax, collection development librarian at Hillsboro Public Library. Lax launched their collection in 2014 with about 100 games. “People develop a hobby with us,” he says. “People who come to the library and use books tend to buy more books. It’s the same thing with board games.”

Board games are extremely popular with patrons. About 80% are checked out at any given time, and games have accumulated more than 100,000 checkouts. For any board game aficionados who are curious, the WCCLS “board game” collection includes parlor games and card games but excludes video games.

Games acquired by Cedar Mill and Bethany Libraries could be played in the building or checked out, says reference assistant Laura Torgersen, who has overseen the collection since its inception in 2015. The pandemic shifted that trend – now most games are borrowed and played elsewhere. Torgersen is buying fewer party games and focusing more on families these days. “I try to balance the collection so that games are playable with different sizes of groups,” she says.

Torgersen maintains a stash of spare parts and spends time repairing games or replacing missing pieces. Though games are typically returned in good condition, a common repair is replacing a torn plastic bag containing pieces. Cedar Mill and Bethany Libraries own about 80% of WCCLS’ current board game collection. Unlike books, board games cannot be transferred to another Washington County library.

Cedar Mill and Bethany Libraries were one of several WCCLS libraries to receive federal relief aid from the American Rescue Plan Act (ARPA). Part of the ARPA grant funded a collection of 36 board games at an affordable housing property in Beaverton where residents can enjoy the games in the common room or borrow one to play in their own apartment.

“I love seeing more and more libraries starting to build board game collections,” says Torgersen. “It’s marvelous in the way that it serves the community.”

Looking for game recommendations from our staff? Check out this list of current favorites.

*This claim is supported by data available in OCLC, a worldwide library catalog. If you know of a public library with a larger circulating board game collection than WCCLS, please tell us.